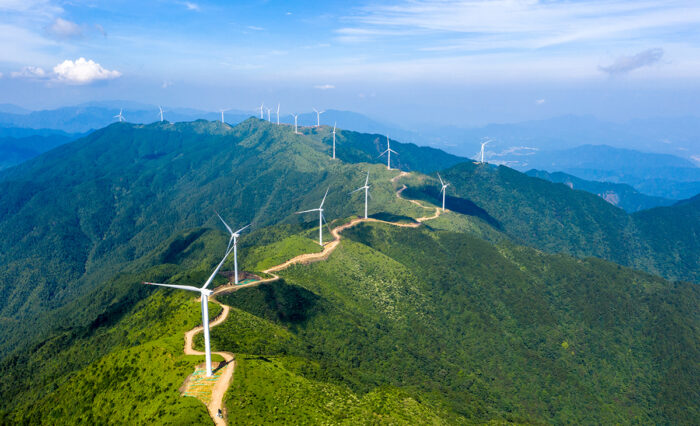 The phrase “net zero” is growing in traction across the world, mostly as a goal for reducing the carbon emissions that cause climate change. But what exactly does net zero mean, and, more critically, is it really possible?

‘Net Zero’ refers to the goal to fully negate the amount of greenhouse gases emitted by human activities. It can be accomplished in two ways: by reducing emissions emitted into the atmosphere, or by taking out carbon from the atmosphere through absorption methods such as planting trees or kelp forests.

Why do we need Net Zero?

With the scale of severe weather and unprecedented events we’ve experienced in recent years – from coral bleaching of the Great Barrier Reef in Australia to floods in the United Kingdom – increasing evidence makes it near impossible to deny the reality of climate change. Furthermore, it’s our human-caused greenhouse gas emissions that are making our planet sick.

When fossil fuels are burned to fulfil our energy needs, carbon dioxide is released. Carbon is used to refer to greenhouse gas pollution because it is a significant player, but other gases such as methane and nitrous oxide also play their role in climate change.

In June 2019, to fix the ‘carbon’ problem the United Kingdom took the lead to become the first global economy to pass legislation pledging the world to net zero emissions by 2050. Essentially, the goal is to get greenhouse gas emissions down by 100% compared to 1990 levels.

How do we get there?

If we are going to get to net-zero we need to drastically reduce our emissions in the home, transport and industry. With the use of renewables, we can begin to totally eliminate emissions in some sectors, but for areas like aviation, this solution is currently a distant pipe dream.

These inevitable emissions from sectors like aviation still need to be tackled, and to do so we can look to an alternative method to reaching net zero. It’s called offsetting and involves removing already present gases from the atmosphere. We can use old school methods like planting trees, but there are an array of possibilities such as planting kelp forests, using machines, and protecting valuable habitats such as peatlands.

According to the Committee on Climate Change, if other countries follow the UK’s example and achieve net-zero emissions by 2050, there is a 50% chance of preventing a “catastrophic” 1.5°C temperature increase by 2100. The year 2050 was chosen as a feasible deadline for achieving net-zero emissions as it enables the economic impacts to happen over a significant time period, whilst also ensuring the environmental impacts are restricted as much as possible.

Will we get there?

It’s an ambitious goal that requires resources, action and the will of those who find themselves faced with the challenge. It will require major improvements over the next ten years (not only by 2050) if the UK is to achieve net-zero carbon emissions by the middle of the century.

However, according to data released in March 2021, our emissions have only decreased by 48.8% since 1990. (although the Covid-19 pandemic had a significant impact on greenhouse gas emissions from transport and industry in 2020). If the effects of the pandemic are put aside, we can see that most of our carbon reduction has come in the way of alternative energy sources for electricity. However, more is needed to tackle the problem and resilient and robust strategies are required to deliver a low carbon future.

What are the challenges?

Cost is certainly an obstacle in the race to net zero, and it won’t be cheap to achieve our goals by 2050. The Committee on Climate Change projected in its Sixth Carbon Budget issued last year that reaching net-zero emissions would cost 0.6% of GDP annually by the early 2030s, dropping to about 0.5%t by 2050.

This will imply a rise in low-carbon technology spending from about £10 billion in 2020 to £50 billion by 2050. The cost is high, but we don’t have an alternative. Ignoring climate change is no longer an option, and the costs will be disastrous if left unchecked.

Ultimately, we cannot measure the gains of reaching net zero. The planet and all of its vulnerable resources are so intimately woven through our lives, that to destroy it will not only impact pollution and weather, but also every aspect of who we are as humans. We aren’t just striving to lower greenhouse gas levels but to transform our world, improve our green spaces and wellbeing, and build a more resilient, fair and healthy future.

At Pause People we can help you understand where you stand with your carbon emissions, and ultimately help you to become more resilient to our ever-changing world. If you’d like to know more, connect with us on our website, give us a call or send us an email at connect@pause-people.com so we can help you on your journey to net-zero.